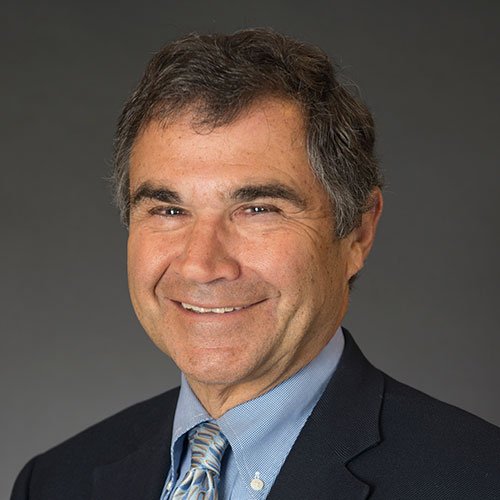 
Warren Zapol is Director Of The Anesthesia Acute Care Laboratories at Massachusetts General Hospital (MGH) and the Reginald Jenney Professor Of Anaesthesia at Harvard Medical School in Boston. A native New Yorker, Zapol attended Stuyvesant High School. Receiving his undergraduate education at MIT he attended the University of Rochester School of Medicine and after graduation served in the US Public Health Service (1967–1970) at NIH as a staff associate of the National Heart Institute. At NIH he worked with Dr. Theodor Kolobow, an inventor of a novel artificial membrane lung. Together they designed an artificial placenta for premature lambs, and after testing the spiral coil membrane lung in lambs performed some of the first long-term membrane lung perfusions (ECMO) in newborns with infant respiratory distress syndrome and adults with severe acute respiratory distress syndrome (ARDS). He came to MGH for anesthesiology training in 1970 and was recruited to the staff.

Research: His research laboratory has been productive and supported by NIH since 1970. Initially studying ECMO in patients with ARDS he led the national ECMO study sponsored by the NIH that showed survival of adults was not increased. Following this he spent ten years as the principal investigator of a multidisciplinary NHLBI sponsored Specialized Center of Research in ARDS, leading a series of investigations into the physiological and morphological alterations of the pulmonary circulation during ARDS in patients and animal models. Commencing in 1990, he and his research group pioneered the study of inhaled nitric oxide (INO) proving it to be a selective pulmonary vasodilator. After demonstrating INO was safe and effective in animals, initial trials in newborns with persistent pulmonary hypertension (PPHN) were done at MGH. Nationwide blinded and randomized trials of INO in ARDS and PPHN proved its effectiveness and in 1999 it was approved by the FDA. Each year approximately 20,000 blue babies are treated with INO, and in many it provides a life-saving therapy. In 1999, Dr. Zapol was awarded the Excellence in Research Award of the American Society of Anesthesiologists. In 2002, he was elected to the Institute of Medicine of the National Academy of Sciences. In 2003, he was awarded the Inventor of the Year Award of the Intellectual Property Owners Association.

Dr. Zapol has studied and described many of the adaptations to diving of the Weddell seal. He has made nine trips to Antarctica since 1974 with his NSF sponsored multidisciplinary research group to explore the diving physiology of this extremely long and deep diving aquatic mammal. From 2003-2007 he served on the Polar Research Board of the National Academy of Sciences. In 2006, a glacier was named after him in Antarctica by the US Board on Geographic Names, and in 2007 he was awarded the Medal of Academician of the Russian Academy of Medical Sciences.

Clinical Care: Dr. Zapol was an attending physician in the MGH Surgical Critical Care Units from 1972–1994. He has edited a textbook of Critical Care Medicine (Tinker J. and Zapol W.M., Care of the Critically Ill Patient, Second Edition. London: Springer-Verlag, 1992) and a textbook of anesthesiology (Anesthesiology, Longnecker, Brown, Newman and Zapol, McGraw Hill 2008) and published over 217 peer-reviewed manuscripts. Over the years he has been called upon to treat critically ill patients in Moscow, Copenhagen, the president of Brazil and a queen of Saudi Arabia. From 1994–2008, Dr. Zapol served as Anesthetist-in-Chief of the Department of Anesthesia and Critical Care at Massachusetts General Hospital.