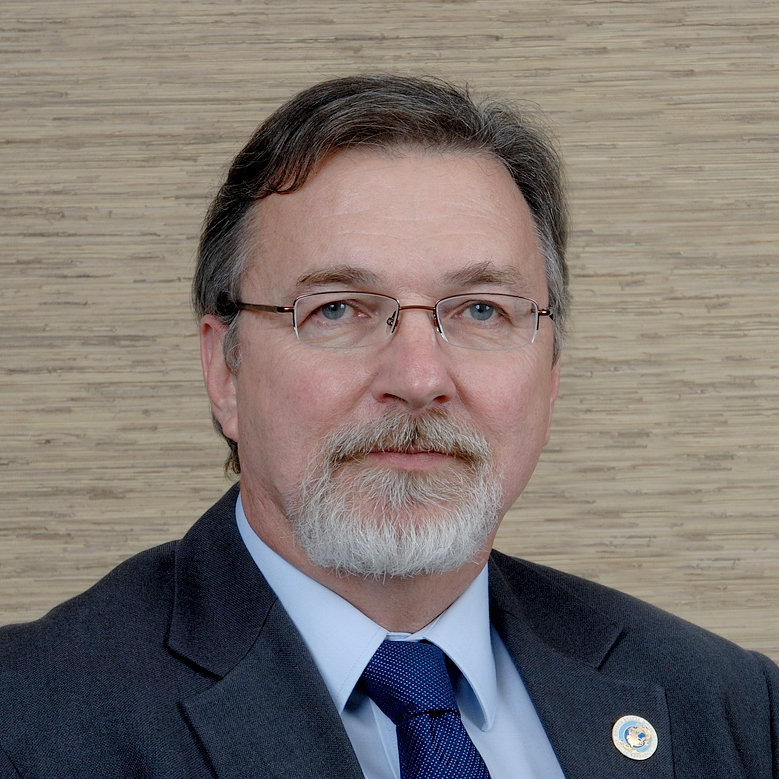 Virgil L. (Buck) Sharpton was named Vice Chancellor for Research at the University of Alaska Fairbanks (UAF) in May 2006. Dr. Sharpton joined the faculty at the UAF in 1998 with a joint appointment between the Geophysical Institute and the Department of Geology and Geophysics and was awarded tenure in 2000. In 2001, he was awarded one of the six presidential professorships across the UA system and held the title of President’s Professor of Remote Sensing. In his current position as Vice Chancellor for Research, he assists the Chancellor in shaping the research agenda at UAF. He oversees the Center for Research Services, Geophysical Institute, International Arctic Research Center, Office of Electronic Miniaturization, Institute of Arctic Biology, and various research programs. Sharpton serves on the Governor’s Sub-Cabinet on Climate Change and the Denali Commission Energy Committee and represents the university on ARCUS, INRA, and UCAR. In 2008, Sharpton was appointed by President Bush to serve on the United States Arctic Research Commission.

Prior to joining UAF, Dr. Sharpton was Senior Staff Scientist at the Lunar Planetary Institute affiliated with the NASA Johnson Space Center, where he served for 14 years.

Dr. Sharpton obtained a Ph.D. and Sc.M. in Geological Sciences from Brown University in 1984 and 1981 respectively and a B.S. with high honors in Geology from Grand Valley State University in 1979. He was a Natural Sciences and Engineering Research Council Post Doctoral Fellow for the Geological Survey of Canada from 1984 to 1986.

Dr. Sharpton is founder and director of the Geographic Information Network of Alaska (GINA) which provides access to university data and information services across the state. He currently works closely with several government agencies in developing new uses for satellite remote sensing and information management and he leads the data retrieval and management activities of the State Committee on Research (SCoR). Recently, Dr. Sharpton began working through the Governor’s Office to identify ways that the capabilities centered at the university can be utilized more effectively within state agencies. Dr. Sharpton sits on a variety of NASA review panels as well as state and local advisory boards.