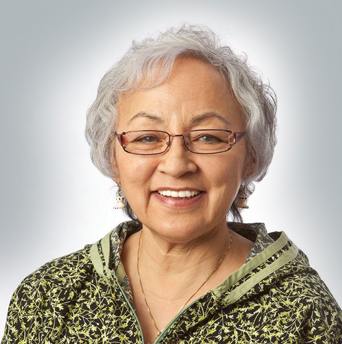 
Kasaŋnaaluk Marie N. Greene was appointed by President Obama in December 2015 to serve as Commissioner on the USARC. After an illustrious 20-year career at NANA Regional Corporation (NANA), 13 as president and CEO, Greene contributes a wealth of cultural insight and strong senior level leadership experience to her role on the Commission.

During her tenure at Nana, Greene achieved a succession of lasting milestones.

Greene, originally from Deering, AK, the smallest village in NANA’s region, has also served on a number of state and regional organizations including the Alaska Redistricting Board, the advisory committee for Wells Fargo Bank, and the board of Alaska Federation of Natives. She holds a master’s degree in Rural Development. Greene retired from NANA on January 1, 2015.